to all of the gems

The big and the bold

set in gold or platinum,

here for a short time,

their luster reflected in memory

who discover their worth

and full of pain

Every cut and color in creation,

Gotta hand it to you mothers

you can clean up poop

and pee and barf and still smile

never knowing how it will bloom

or having to “watch the kid,”

no, no trying on a role for you

until death and even after,

of every hope you ever had for the future

Your mothering hands soothe the heart,

your gaze sees every bit of kid,

every fault and crack line

and loves right into the abyss

gotta hand it to you 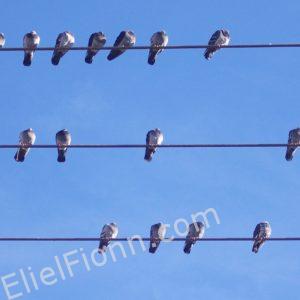 Many years ago, I read in a child development class that kids who were physically and emotionally abused, if they survived their childhoods, had a better chance of healing than kids who were completely ignored. Being yelled at was better than no communication at all. Infants who were not held and cuddled, often had failure-to-thrive syndrome and many of them died. I thought about this recently, how ironically, the hater maintains a connection with the hated. To actively hate someone or something is to keep in contact with it, to maintain a kind of twisted relationship. Carl Jung would probably describe that as someone dealing with their own shadow.

There has been a lot of talk about hatred lately. And some of the talk has been about how to turn hatred into caring, to give people another perspective about the hated, to humanize them, make them real, and remind people how to connect with love and caring rather than fear and mistrust. We don’t tend to trust that which we hate. But even haters, given the opportunity to listen, to hear other points of view, may ultimately respond to another’s humanity.

I once talked to a gentleman who taught conflict resolution and peacemaking classes all over the world. He would teach government leaders in a room for a week. They had to eat together, were given problems to solve together, and were forced to acknowledge each other’s humanity. He described his experience with a group of Israelis and Palestinians. He said initially, they would barely communicate besides yelling at one another. At the end of the week, they were able to call each other by name, smile, and recognize each other as valuable human beings who had all suffered grave losses. It took a great deal of work and willingness to get to that point, but it was possible. END_OF_DOCUMENT_TOKEN_TO_BE_REPLACED