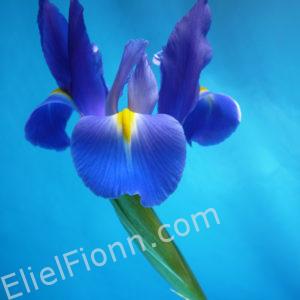 Each of us has a unique tone of voice and mind that is particularly ours from birth. We may share that tone by speaking, singing, creating art, writing, dancing, performing, etc. When I was a kid, I sang to myself every morning, made up little ditties throughout the day, and as my sister can attest, crooned to myself every night when she was trying to get to sleep.

In this culture we don’t usually sing at the grocery store or in public. I’ve heard from friends overseas that they are often shocked at how little we spontaneously sing and dance here. Many of us are taught that we are not good at it, and so we don’t sing for fun or pleasure or to comfort ourselves and each other. We are also often told that we are not important enough for our voices to matter, so we sing only other people’s songs and quote only their words. However, expressing yourself so that your creativity matches your intention simply takes time and practice.

As I grew up, I never learned to read music or play an instrument, despite attempting the piano as an adult, but songs still popped into my head. I had to sing into a recorder, because I couldn’t write them down in musical notes. My kids also composed songs and we sang them together to remember them. I’ve written more poetry than songs, although several singer/songwriter friends have insisted my poems were songs and set them to music for me.

It may seem backwards to come up with songs before being able to play them, but it certainly made me happy to have music pouring through my system like blood through my veins. I eventually stopped singing though, and over the years I wondered where my voice went. Apparently, not too far, as I finally found a voice teacher who simply allowed me to have the sound come pouring through and sing me, rather than me trying to sing it. It’s great being a musical instrument again, and not worrying about fancy techniques or singing according to some framework.

I had continuous stomach aches as a kid and I think now about what it means to swallow your own voice, to not speak or sing, to deny socially unacceptable feelings, and what that does to us as a country, as people.

In some cultures, people wail when someone dies, and lament very loudly. This is normal and expected. Here we have few occasions where it is okay to make noise in public other than at sporting events, protests, or concerts. Even at memorials most people sob fairly softly, and there is definitely a gender bias about who gets to make more noise.

It’s fun to be loud sometimes, to sing angry, sad, joyful, or disgusted feelings, even to allow the pain in our body to have a voice. And to speak, write, sing, dance, or create art that describes what is true for us has a certain kind of intensity, a richness. It is satisfying to see and hear truth, even if uncomfortable and frightening at times. It can penetrate right through bullshit. And maybe it will not be well received by others, but it still has value, that singular tone that we were born with, the authentic sound of who we are.