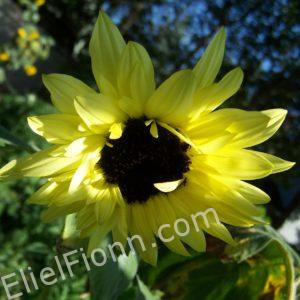 All of us grieve differently, and depending upon the culture there may be expectations of how to do so “properly.” In some cultures, talking about the person who died is considered taboo, because it may bring back their spirit, resulting in a haunting of the living. Mentioning them by name or even naming a child after a departed soul may be frowned upon. In other cultures, naming a child after a dead relative may be a way to honor the relative and impart some of their strengths to the child.

In many countries, mourners create an altar in dedication to their ancestors, treating them as if they are still part of everyday life. The dead are not considered to be really gone, just physically away for now. Some folks keep many mementos visibly displayed around the house, others may have a special corner, or not want to share them with guests at all. And one woman told me that in her country everyone knows that sometimes dead relatives get into fights with other people’s dead relatives, and she has had to leave parties because of the spirits arguing so much.

“It doesn’t do any good to talk about those who’ve passed.”

“If you keep grieving, you disrupt your loved one’s rest.”

“Everyone has spirits of the dead around them, whether they are aware of them or not.”

“In my culture, we can see the dead, and it’s not considered unusual since they often have messages for us.”

“My dad died when I was ten, but at first I didn’t believe my mom because I saw him sitting on the sofa next to me when she told us.”

“I dream about my sister all of the time, and it’s so real I can feel her hug me even after I wake up.”

“I know my daughter is with me in spirit, even when I can’t see her.”

“The lights flicker every time I talk about my mom.”

With such a variety of ideas about what happens after death and how differently we grieve, conflicts may arise in dealing with loss. One person may need to talk about the one who has died, and the other person may need silence. It’s much easier to grieve with those who have similar beliefs or similar needs. Some like having rituals on the anniversaries of a loved one’s death, others are less formal and mark the occasions with thoughts rather than actions. And as one person put it, “I don’t have a special way to acknowledge the death of my husband, because I think about him every day.”

Traditions and rituals to mark occasions may bring solace, as well as creating art, music, and commemorating benches, buildings, gardens, libraries, or highways in honor of the departed. But again, needs of the grieving may vary considerably. Some like to be alone, others like to mourn in company. There are many ways to deal with loss, and we need to keep in mind that what comforts us may disturb another, and vice versa. “What helps during the grief process, and how do you grieve?” might be important questions to ask ourselves as well as others.