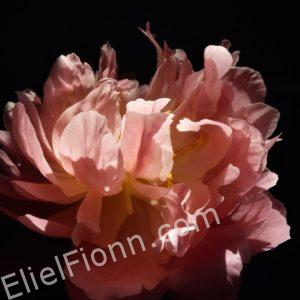 Many of us have the experience of dealing with narcissists. In some ways, the self-centered, isolationism of narcissism may partly be a function of the human experience. To originate from oneness and a connection to the entire universe, and then incarnate into a separate, tiny human form would seem to focus one’s attention on self and the relationship of everything in the world to the self. Our individual personalities, body, psyche, ego strategies, and senses help promote this feeling of, “I’m alone in here, and everything and everyone else is peripheral.” The development from child to self-actualized adult means moving from that self-centered existence into a greater relationship with other human beings, living creatures, and the world in general. How then do we develop engaged, deeply nourishing relationships with others, and experience true intimacy?

There are many theories of human development, psychological, emotional, physical, and spiritual. And there are many paradoxes in developing a healthy sense of self. From an initial dependent state, we need to develop autonomy and self-responsibility, as well as a deep and abiding connection to others. If we do not attach properly to our primary caregivers, we may have difficulty forming healthy, trusting relationships later in life. And if we do not learn detachment from our own emotions, we may not achieve any mastery over them, and may also sabotage our relationships as well as our personal development. Attachment and detachment then, are both required in order to have healthy intimate relationships.

What happens if one or more of your primary caregivers is a narcissist? First, emotional immaturity isn’t the same as narcissism, nor is the creative urge to focus on one’s work. Self-care is not narcissism, and people may behave selfishly at times without being narcissists. There may be a confusion for children raised by a narcissist about when and where they are able to get their own needs met, or even if they are allowed to have them. Having parents who set boundaries and enforce them is not narcissism. The bandying about of the word narcissist when someone does not agree with us or insists on having their own way, helps to cloud the issue of what narcissism is. We all have motivations based on self-interest. If we didn’t, none of us would be alive.

Narcissists may treat others as if they don’t exist except in the presence of the narcissist, or when they are useful. Children of narcissists may have been told they are loved, but they do not feel real, or as if they truly matter. And in relationship with a narcissist, your needs often don’t really exist, unless you make a big deal of fighting for them. And if you dare to have needs, the narcissist may either ignore you, or punish you for having the gall to need something. In a healthy relationship between parent and child, an adult is, at appropriate times, able to set aside their own desires to take care of the needs of the child, as well as set healthy boundaries and limits, and as children grow, gradually give them the tools and practice in responsibility to ultimately take care of their own needs.

Narcissists are extraordinarily skilled at using people. They are exhausting to be around, but they also may be strangely charismatic. They may be incredibly successful in the world, and others want to be like them, not understanding how isolated they are internally. Narcissists need approval, attention, constant reassurance from others, and their sense of self comes from the accolades of others. Although human beings all need attention, care, love, and respect, narcissists require this to the extreme. They may constantly brag about their achievements, but in such a way that others believe them, and their achievements, while overblown, may be partially true. For narcissists, almost every interaction includes, “what can I get from this?” It isn’t about being with others, as every interaction is a strategy to get something. In the capitalistic society, narcissists have an advantage over those who are interested in service for service’s sake. Capitalism rewards narcissism.

If you are a child of a narcissist, you may feel shame whenever you stand up for yourself, or identify and try to fulfill your own needs. You may become compulsively self-reliant, later attracting other narcissists. Narcissists like being around people who do not actually rely upon them, who do not need much, but who have low enough self-esteem that they fall for flattery and the kind of focused attention narcissists are wonderful at giving for very brief periods of time. And narcissists do like to help others, as long as everyone knows about it and there is something in it for them. Some narcissists are able to fake interest, and ask lots of questions to find an opening for later manipulation. Other narcissists rarely ask you about yourself, but only talk about themselves. Narcissists often take over the room, and topics that do not have them as their center, are of little interest.

Most of us like to be the center of attention now and then, to be appreciated for our accomplishments, to be loved for our presence alone, to have work we find meaningful. We need to take care of ourselves, to say no and establish firm boundaries around what we are willing or unwilling to do. It is very difficult to have clear and firm boundaries around narcissists, because they do not honor them. They believe they are justified in whatever they do, and rarely apologize unless they can get something for it. It is always someone else’s fault; narcissists are masters at blaming others. Again, it is very human to not want to look at how we contribute to relationship issues, but narcissists rarely look at their own behavior. Their feelings, thoughts, and needs are all important.

One may feel compassion for narcissists, but it is dangerous to pity them, try to “heal” them, or expect them to change. For narcissists, their ego is them, and therefore it is difficult for them to change without losing their sense of self. And because other people don’t quite exist except in relation to them, everyone who criticizes them is wrong. The world view of a narcissist is incredibly, durably powerful. It is as if nothing penetrates some indomitable shield, or gets in very deeply. They may be empty or isolated at the core, or perhaps their deepest fear is that there is nothing at their core at all. When you engage with a narcissist, you are playing by their rules, because there aren’t any other rules. For a narcissist to change their behavior takes a willingness to develop empathy and compassion for themselves and others. And it is possible for them to do so, but like anyone else, they must be willing.

If you are a child raised by a narcissist, you may desire to be left alone so that you can actually feel like you exist. This kind of childhood is not good training for being present with yourself while around others, or learning to stand up for yourself either one-on-one, or in a group. There is a kind of learned hopelessness in getting through to the narcissist, and the child of such a person may simply have given up on confrontation. This may result in difficulty in speaking up in intimate relationships as well as in groups. And if one narcissist feels difficult, the idea of several of them in the same room may seem overwhelming.

How does one recover from being raised by a narcissist? Therapy, meditation, reaching out to others, valuing one’s own needs, identifying what those needs are, and a great deal of self-care. Having compassion for your own pain can be incredibly helpful. And having a felt sense of connection to something larger than yourself, whether that be nature, a cause, spirituality, or religion, also brings solace. Ironically, if you are a child of a narcissist, you may avoid doing self-care and therapy, because you believe that by focusing on your own well-being, you are turning into your parent. This is one of the most damaging aspects of narcissism, believing that only the needs of the narcissist matter, and that by daring to become yourself, you are turning into that same thing from which you are trying to heal.

Narcissism is insidious, and children of such parents may not even realize the extent of the trauma that results from such abuse.  And anyone who has had interactions with such difficult personalities, whether a parent, sibling, lover, spouse, etc., may need time to recover after each encounter. Those who have been raised by and with narcissists may even notice such characteristics within themselves, because if you do not get your basic needs met, you may develop self-centered strategies to do so. Children learn by example, and narcissists do not model examples for healthy adulthood.

There is a spectrum of narcissistic behavior, and thus we cannot lump everyone into a label that may vary in degrees of intensity. But if you think that you were in the company of a narcissist for any length of time, it may be helpful to read more on the topic. Given the state of our current politics, there are many more books on the subject than there used to be. And in a society in which narcissistic behavior is rewarded, you may have more experience with the subject than you thought.