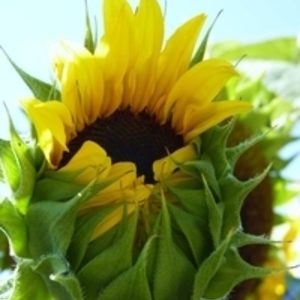 I lost a friend again yesterday.

I say again, because I originally lost her when we were 12 years old. She was one of those kids who never had an awkward phase, never looked clumsy or gangly, but was always stunning. I remember seeing her baby pictures on the wall of her mom’s apartment and marveling at her beauty as a newborn. I watched people take a deep breath when they first saw her, and then stare as if they couldn’t help themselves. Sometimes they couldn’t even talk.

When we first met in school, we were nine years old, and I was both skinny and gawky. I trailed along after her like a grateful puppy. She was smart, creative, and had a deep belly laugh that made you want to join in, even when you weren’t sure why she was laughing.

She was the kind of friend that was not only fun, but easy to talk to. We did art projects and ran around outside. We had far ranging conversations about life and death and why some people are popular and some aren’t. We wrote a poem called, “What is it Like to Die?” and other less serious ones. We wrote stories together and could tell each other anything.

We were almost ten years old when she told me that one of her parents’ friends had climbed into bed with her at a party. I didn’t really know what it meant, or why an adult would do that. I didn’t know about inappropriate touching, only that my friend was constantly being gawked at by boys and men, and now she was telling me something I didn’t understand. “Why did he do that?” I asked.

She told me that he was probably drunk, and it wasn’t the first time someone had acted like that with her. I had no idea what to say, but she looked okay while she was telling me, not particularly upset or angry. I asked her if her parents knew, but she said they were drunk and there was no one to tell. I didn’t realize then that she was already resigned to that sort of behavior. I did have a fleeting thought that I was glad I wasn’t pretty. It wasn’t until years later that I realized that kind of thing could happen to anyone, pretty or not.

But it never occurred to me to tell an adult either. Probably because it was an adult who had done that to her, and because those where the days when if you were bullied, adults said to work it out amongst yourselves. And adults never made much sense anyway. When a boy in class kept punching me in the stomach and I told the teacher, she said I had to be kind to him because he was getting hit at home. I didn’t see how that was going to help anything, since I hadn’t been mean to him in the first place, but it confirmed my idea that there wasn’t much point in trying to talk to grownups. They were more likely to blame us for something, not believe us, or act in ways we didn’t understand, so we didn’t bother them unless we had a broken arm or something was on fire. My friend didn’t want to get in trouble for telling on a grownup.

And soon she started acting out in school, getting sent to the principal’s office. Once when I was home sick, she got caught bullying another kid. When I got back to school I was called into the principal’s office and told I was in trouble too. When I said I hadn’t even been in school that day, my teacher said that it wasn’t what you did, but who you hung out with that mattered, and that I would be blamed for things my friends did.

After that I realized that since I couldn’t control what anyone else did in my absence, there was not much point in making many friends. I spent most of fifth grade with a lingering sinus infection and sore throat, while my friend kept getting into more mischief. I still saw her in class and occasionally after school, but I didn’t spend time with her at recess any more. There were other experiences when we turned eleven, like when a man followed us around the gym, flattering my friend. When I said I wanted to leave, she refused to come with and stayed on without me. I could tell that even though she was scared, she liked the attention too. I wasn’t sure if I should want that kind of attention or not, but my stomach hurt so I went home.

By sixth grade, my friend had changed. She laughed even louder, especially around boys, and she started smoking and drinking. When I asked her if she wanted to get together, she always had an excuse. At first, I thought it was because I didn’t really care that much about boys, since I had four brothers at home and there wasn’t much mystery to them. But then I suddenly realized that we were going in different directions and weren’t ever going to be friends again. I remembered hearing the word epiphany, and looked it up in the dictionary, and found out it meant a moment of sudden awareness. I was terribly sad, but it was obvious our friendship was over.

I worried about my friend when I saw her partying hard. And I grieved the loss of her. Years after high school I saw her in a restaurant, and she said she had been in rehab. Then I saw her again in the hospital when we both wound up having babies within a day of each other.

I never saw her again. I moved away, and at one point I found out where she was living and wrote her a note saying how much I’d appreciated her being my friend when we were kids. I got a nice postcard back telling me about her children and career, and how I’d been her best friend in school. She’d been mine too.

I looked her up again yesterday, and found her obituary. She was a nurse, a mom, a grandparent. She’d already been gone for three years. I don’t know exactly what happened, but in her memorial photo she was just as beautiful as she’d always been. And I wonder, all those years ago, if it would have made any difference if we’d told someone.